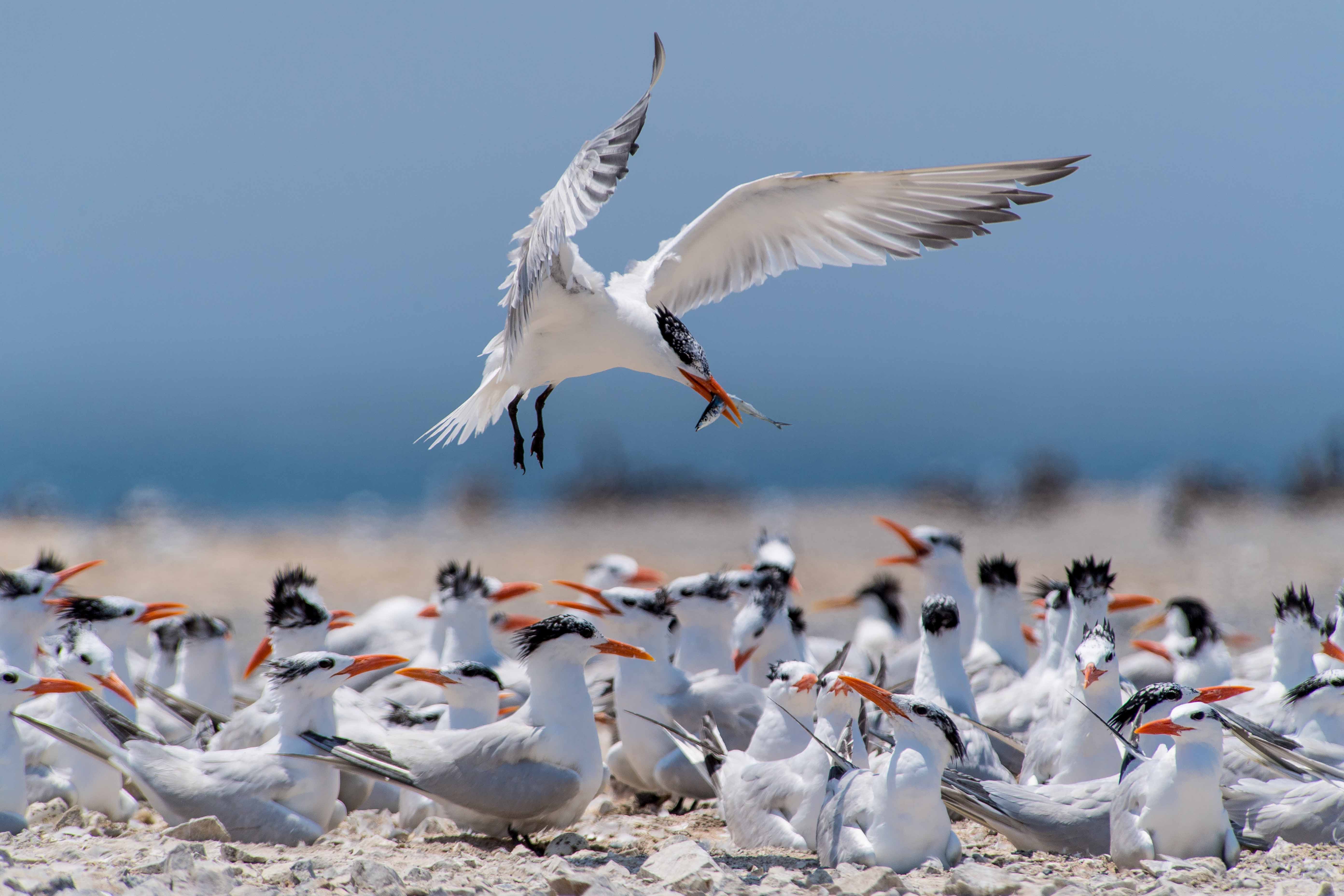 Seabirds are the most threatened group of birds and the one with the greatest and fastest decline globally. A study published today, October 7th in PLOS ONE shows that a holistic conservation approach, including the creation of protected areas, the eradication of invasive alien species—the primary cause of biodiversity loss on islands—, active restoration with social attraction techniques, and long-term monitoring has a cumulative positive effect on seabird populations on islands in the Mexican Pacific off the Baja California Peninsula.

The study, titled “Population trends of seabirds in Mexican Islands at the California Current System”, is the most comprehensive and recent assessment of the breeding status and population growth trends of seabirds in the Baja California Pacific Islands, a recognized seabird hotspot that supports 129 breeding populations of 23 species, many of which are shared with Canada and the United States of America. Its conservation is a trinational priority. This study found that 17 islands support between 400,000 and 1.4 million breeding individuals annually of 19 of the 23 seabird species in this region, and more than half of the breeding populations (31 out of 61) are significantly increasing.

“Our study demonstrates that collective action, an overarching and long-term vision, and science-driven restoration actions have important positive outcomes for seabird populations and island ecosystems,” said Federico Méndez Sánchez, lead author of the paper and Executive Director of Grupo de Ecología y Conservación de Islas, A.C. (GECI). “Our findings are a testament to Mexico’s commitment to protect and restore its seabird islands for present and future generations.”

North American seas and islands support nearly half of all seabird species globally, mostly due to the high productivity associated with the California Current System, one of the most productive marine ecosystems in the world. In particular, the Baja California Pacific Islands—a corridor of around 30 islands, all within Protected Areas managed by Mexico’s federal government—are home to a fifth of the world’s 368 seabird species, including fourteen threatened with extinction according to the IUCN Red List of Threatened Species. This region is more important because it hosts colonies of 10 of the 12 species of seabirds endemic to Mexico, meaning that their global breeding populations reproduce within the country in just a few islands. Examples are the Ainley’s and Townsend’s Storm-Petrels which only nest on Guadalupe Island and its surrounding islets.

The multidisciplinary and interinstitutional team draws its conclusions from analyzing over two decades of monitoring data that was collected while conducting restoration efforts on ten island groups. The data sample included 61 colonies of 19 seabird species, from surface nesting species such as cormorants and pelicans to less-known burrow nesting species such as petrels and murrelets. “The backbone of this study was the biggest and most important seabird restoration project ever formulated and implemented in the world, funded by the Montrose Settlements Restoration Program and the S.S. Jacob Luckenbach Trustee Council,” said Alfonso Aguirre Muñoz, co-author and former GECI’s Executive Director 2002-2017 and current member of the Board of Directors. “This initial significant funding leveraged other national and international support from the Fundación Carlos Slim in Mexico and the National Fish and Wildlife Foundation in the USA.”

“This regional analysis complements previous findings where we documented that 23 out of 27 (85%) historically extirpated seabird colonies from the Baja California Pacific Islands have been restored and 12 new colonies recorded,” said Yuliana Bedolla Guzmán, joint senior author on the paper and Marine Birds Project Director at GECI. “We knew seabirds were returning thanks to our conservation efforts, but we were interested on knowing details on their populations’ numbers and trends. Now we have a good perspective, and it is a positive and encouraging one.”

The findings of the research build upon bold conservation actions taken in Mexico through the collective work of government agencies like the National Commission of Natural Protected Areas (CONANP), the National Commission for the Knowledge and Use of Biodiversity (CONABIO) and the Ministry of the Navy (SEMAR), civil society organizations such as GECI, academic institutions like the Centro de Investigaciones Biológicas del Noroeste (CIBNOR) and the Cornell Lab of Ornithology, and local island communities. Such actions include the legal protection of Mexico’s 4,500 islands, the eradication of invasive mammals from 39 islands and the restoration and long-term monitoring of seabird populations.

“Sustained and long-term monitoring is crucial to understand how wildlife populations respond to both anthropogenic and environmental stressors, but also to assess the outcomes of conservation and restoration interventions,” said Alfredo Ortega Rubio, co-author, and Emeritus National Researcher at the Centro de Investigaciones Biológicas del Noroeste (CIBNOR). “This kind of regional and multi-year studies are only possible when working collectively and joining forces between managers, practitioners, local communities and academia.”

The key findings of the study suggest that the Baja California Pacific Islands support healthy and growing populations of seabirds that have shown to be resilient to extreme environmental conditions and persistent anthropogenic impacts, and that such resilience has been strengthened thanks to conservation and restoration actions.

“The results in our study are an important message of hope and proof that conservation works in light of the recent BirdLife International’s State of the World’s Birds report that asserts that nearly half of the planet’s bird species are in decline, with just 6% of bird species globally increasing,” said Alfonso Hernández Ríos, co-author, and Conserva Aves Program Manager at BirdLife International Americas Partnership. “The conservation milestones achieved for seabirds on the Baja California Pacific Islands are an encouraging example for other regions in the world facing the same threats.” 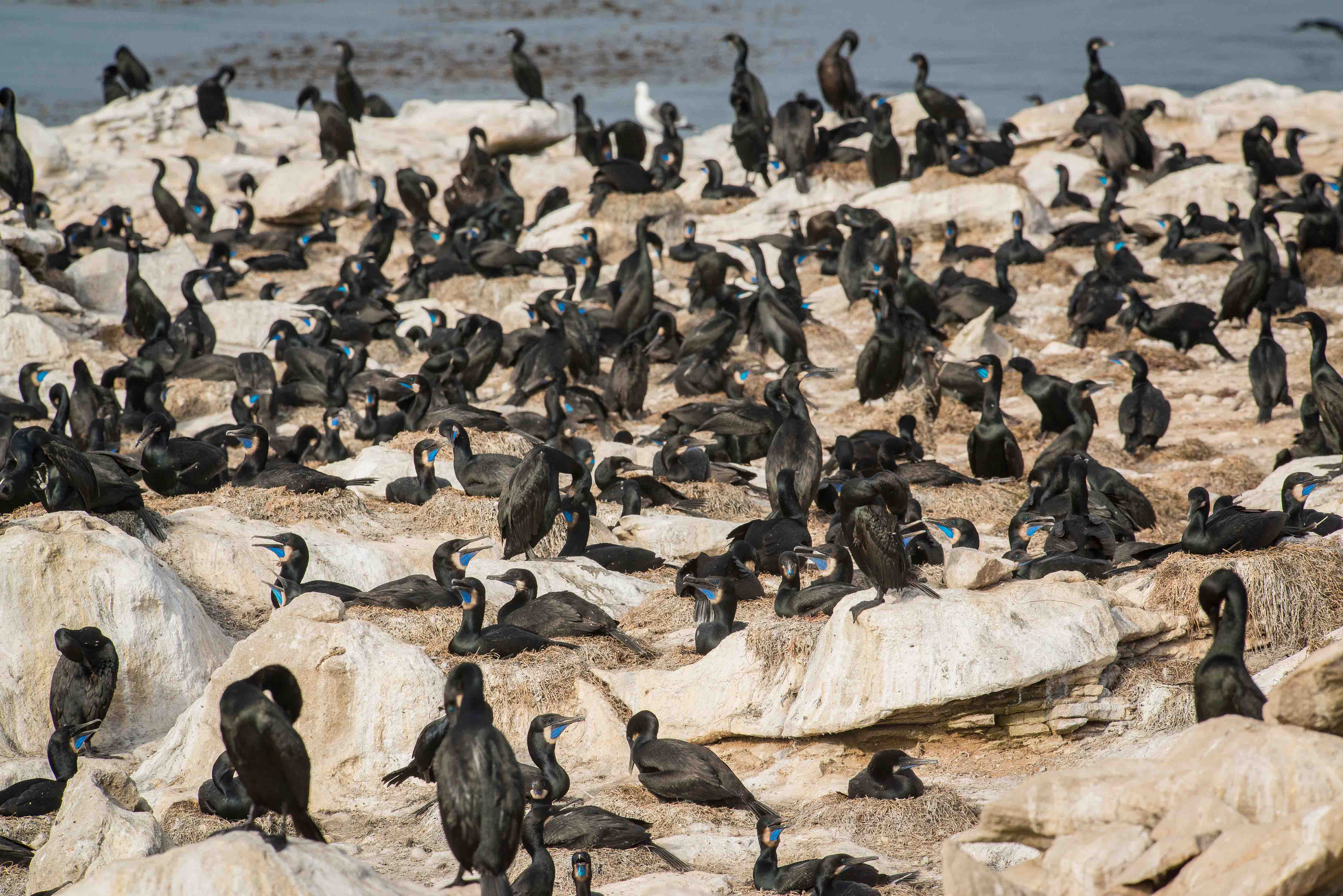